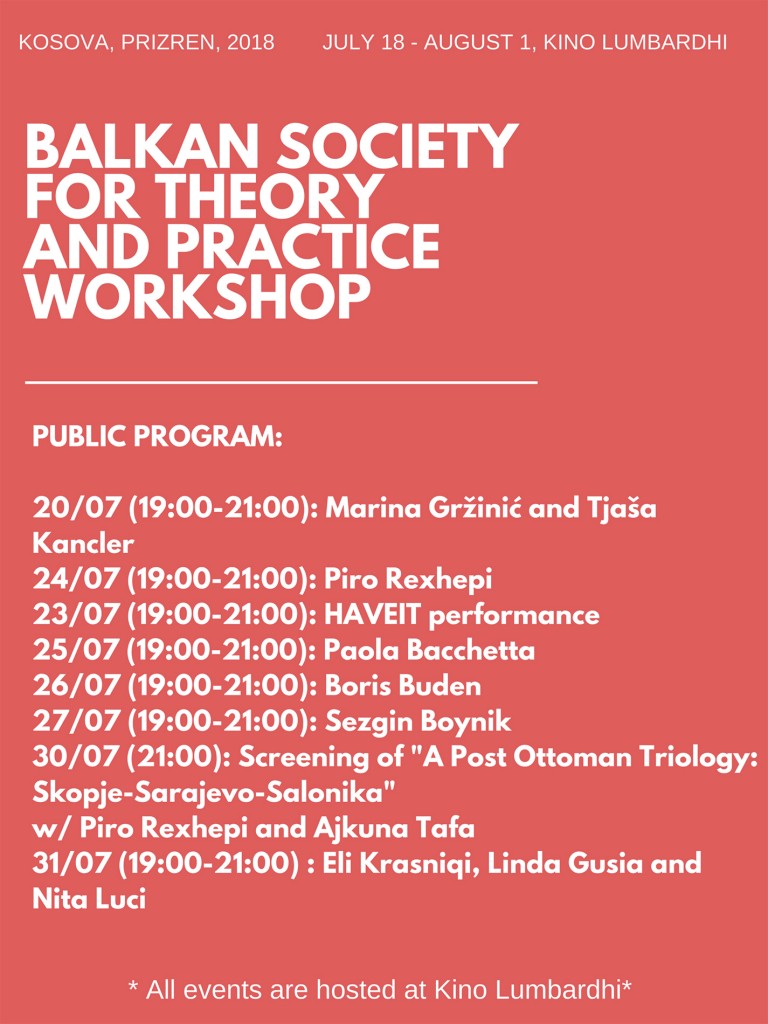 The goal of this workshop, which will be held in Prizren, Kosova, in the summer of 2018 is to orient current decolonial and postcolonial discourses towards post-socialist Balkan countries. The workshop will gather international scholars, activists and artists to discuss and analyze anti-capitalist politics, feminism, critical race theory and postcolonialism in the context of Kosova, specifically, and eastern Europe, generally. Hence, the workshop will draw attention to places traditionally deemed unphilosophical as sites of theoretical and practical resistance.[1]

Post-socialist Balkan states are currently in a condition of economic and political devastation after years of war and unfulfilled promises to join Europe.[2] One of the most common theoretical frameworks employed to theorize this situation is transition politics, which denotes the transition from socialism to democratic capitalism. While transition politics used to refer to the transition from any political rule to another, it now refers exclusively to the transition from socialism to democratic capitalism—the natural end of history’s movement. It represents the belief in democracy, free elections, and capitalism to finally bring peace, stability, and economic prosperity. Thus, international imposition in the Balkans is enforced with the promise of EU membership and, in turn, political and economic stability. Since the telos is determined, what remains to be controlled are the socio-economic circumstances in which capitalism can blossom. Transition politics is driven by the EU’s civilization mission as dictated by Eulex, Nato, IC, World Bank, IMF, US Embassy, and USAID among others.  All the brutal mechanisms of transition are justified through the rhetoric of development, economic prosperity and peace. Stabilizing the region is a priority from which economic integration and development can follow.