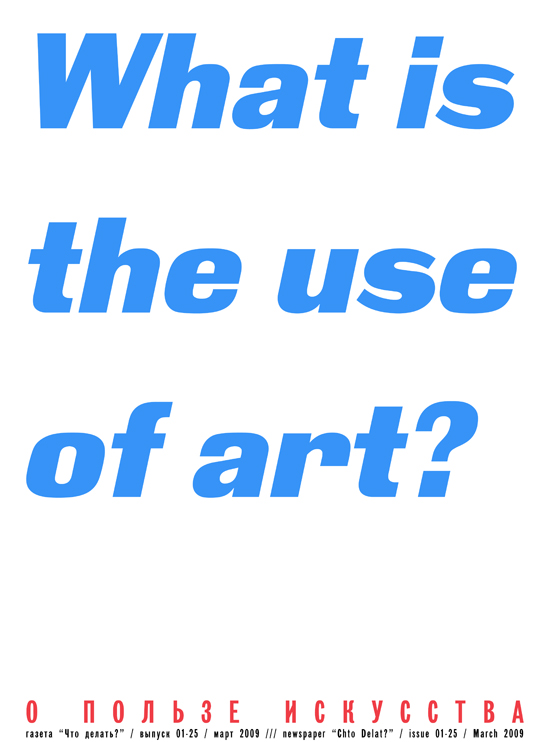 What is the use of art? Full pdf of the issue

If facts destroy theory, then all the better for theory.
—Viktor Shklovsky, “In Defense of the Sociological Method,” 1927

Any discussion of factography first has to deal with the conspicuous strangeness of the word “factography” itself, an awkward and selfconsciously technicist term coined in Russia in the latter half of the 1920s to designate a certain aesthetic practice preoccupied with the inscription of facts. Those who are familiar with contemporaneous avant-garde movements in other countries and who may also be skeptical of the early Soviet zeal for linguistic invention will wonder if factography is not simply another word for documentary.